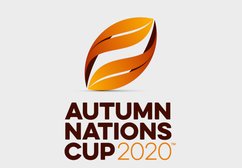 Wales will play six games this autumn as international rugby returns to the fixture calendar and boasts a newly created tournament in the Autumn Nations Cup 2020.

Wayne Pivac’s side will kick off their run of games with an away fixture against France in Paris on Saturday October 24th (KO 21.00 local), an ideal preparation game leading into their re-arranged Six Nations finale against Scotland on Saturday October 31st (KO 14.15, venue TBC).

Following a rest week, Wales will feature in the Autumn Nations Cup, a unique eight-team competition involving the Six Nations sides as well as the rugby unions of Georgia and Fiji, which will replace the Autumn international tests for 2020.

The tournament will feature a final round of matches with teams from Group A hosting respectively ranked teams from Pool B, which means Wales will host their final game against their respective Group B opponent on Saturday December 5th (KO 16.45, venue TBC).

"International rugby has been hugely missed and we can’t wait to get back underway this Autumn with six great fixtures," said Wales Head Coach Pivac.
"We kick off our run of matches with a hit out against France in preparation for our Six Nations encounter against Scotland which is important as it concludes the 2020 Guinness Six Nations. It is a match where we will want a big performance.

"We will then look at the Autumn Nations Cup and 2021 Guinness Six Nations as a 20-week, two-block format. The Autumns are another opportunity to further fine tune our game and develop individuals in our quest to add to an already exciting squad. All this of course with a view to be peaking for the Six Nations.

"We are hugely excited to be meeting back up as a squad in a few weeks. It has been a tough year for everyone so we are hoping international rugby can provide some relief and enjoyment for supporters and sports fans alike."

Wales’ home fixtures for the remainder of 2020 are being played away from Principality Stadium as previously announced with the stadium being used as Dragon’s Heart Hospital.

Details on the venues for Wales’ home matches will be announced in due course along with further broadcast information.