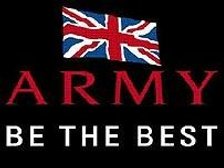 Army pushed all the way by Cavaliers

The Cavaliers had a great start in this pre season game as the opening kick off was fumbled by the Army giving the Cavaliers some great field position. From the attacking scrum the Cavaliers worked through there set and a well executed set play saw Andy Winfield cut through the line and cleverly offload to supporting centre Aaron Lee who crashed over to score giving the Oxford Side and early lead 4-0.

This pre season opener was always going to be a tough encounter and after the restart the brutal exchanges in the forwards lived up to expectations with neither side taking a backward step.

The Oxford pack marshalled by Captain Ed Hayles made good inroads into the Army's half and Wesley Newtons clever runs from Dummy Half kept the Army on the back foot in defence.

The Army however regrouped and took advantage of some weak edge defence to score two quick try's giving the visitors an 8-4 lead. This lead was short lived as more good set play execution from Oxford saw Winfield once again expose gaps in the Armys defensive line and a clever ball out wide saw winger Chris Stables cross to level the scores at 8-8.

Once again though the Army responded and a missed tackle was enough to allow the Army to score out wide making the score 12-8 to the visitors. The Cavaliers quickly responded and on the back of another Army Error from a kick off Prop Forward Alex Wright crashed over after a quick play the ball from a scrum attack. The kick was converted this time by Rowden putting the home side back in the lead at 14-12.

The Cavaliers then seemed to move up a gear with forwards Rich White, Graham O'Keefe, Luke Evans and Tom Davies all leading the platform for the half's Jim Rowden and Andy Winfield to move the ball wide. A great break from fullback Slade Jones saw him offload to supporting Ed Hayles who managed to get the pass away over his shoulder but the pass was intercepted at the last second, however before the Army Fullback could secure possession centre Myke Dale stripped the ball from his hands and sprinted 20 meters to score under the posts. Rowden was once again clinical with the extras to give the Cavaliers a half time lead of 20-12.

The Cavaliers started off the second half as they finished the first and great hands out wide saw centre Aaron Lee cross for his second of the day extending the Oxford sides lead to 24-12.

With 25 minutes to go and the Army needing to score 3 times to win the Cavaliers looked to have chalked up their first win of the season. However the Army had other ideas and ran in three quick try's in a devastating 10 minute period to take the lead to 26-24. The Cavaliers tried to respond but time after time the home side spilled the ball in possession.

With 6 minutes to go the Army delivered the killer blow with another try making it 30-24 and crucially the try was converted extending the lead to 8 points effectively ending the contest. Graham O Keefe tried to cut the deficit with a clever chip over which he collected but he was unable to get the ball away and the Referee signalled the end of the game on that play.

GAME STAR: Luke Evans WAS MASSIVE IN ATTACK AND DEFENCE.

GAME-BREAKER: THE FINAL CONVERTED TRY FROM THE ARMY GAVE THEM AN 8 POINT LEAD AND ENDED OXFORDS HOPES OF A COMEBACK.