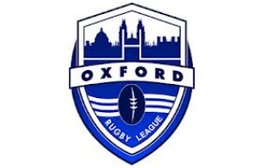 Oxford Cavaliers will be running two teams this year as they link up with local professional club OXFORD RL.

The Southern Conference division kicks of early in April and players in that team will be training along side the city's professional side all summer long.

New appointed Head Coach Glenn Tyreman is soon to take the Cavaliers Conference team for its first session on Monday the 3rd of October in preparation for their first game of the season a tough road trip up to Sheffield.

Coach Tyreman also went on to say "This is an excellent opportunity for any young up and coming Rugby League player who want to progress towards the professional game. We now have an excellent structure in place offering players a clear pathway of development towards playing for OXFORD RL".

Any players who want to trial our for the OXFORD RL reserve grade (Oxford Cavaliers) can do so by contacting Glenn Tyreman on 07737804769.