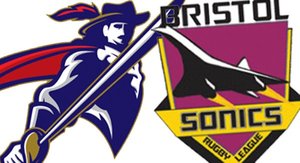 Oxford Cavaliers readied themselves for their Round 2 fixture against Bristol Sonics with a tough training session in pouring rain, Tuesday.

Eager to get their new team up to speed quickly, and put right the mistakes that almost cost them a winning start to their campaign, most of the team's work has focused on improving their defensive performance and combinations, particularly around set plays.

"The weather's been about what it was last weekend against Old Pats", said experienced hooker and halfback Stewart Hannah. "And though it doesn't feel like summer rugby just yet, it's been pleasing to see the guys working hard, and we're enjoying what we're doing."

Training has also allowed the Cavaliers to trial some new combinations in the halves, giving their new play-makers lots of options. "As one of the guys distributing the ball, I know we've got to create that doubt in the minds of opposition defenders, and all of this extra work in training can only help. We certainly hope to cause Bristol a few more problems than we were able to on the opening weekend", added Hannah.

He also revealed that the Cavaliers have spent much of their pre-season working with new strength and conditioning coach Tom Burton, who has delivered a 'relentless' fitness regime that aims to have the champions in the best possible shape to defend their title this summer.

Ahead of the Bristol game, the biggest change could see scrum half Hannah move to hooker, with Wes Newton replacing him at 7 in an all new halves pairing with the returning Tom Waterfield.

The champions will be hoping that better conditions, and with one or two issues now ironed out, they can more than match the Sonics in their first home game of the season.