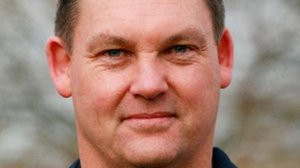 The New Zealander has taken charge of the new semi-professional club, who will play at Iffley Road in Championship One next season.

Oxford are one of three new clubs joining the division as part of plans to develop the 13-man code and Benson can’t wait to get started.

“It is really exciting,” said Benson. “I have been coaching for 20 years and I have not been this excited about a project or a club.

“There is certainly a buzz around Oxford, and we are starting to get things going player-wise.

“We have got a few experienced players from up north. As far as local players are concerned, we will be holding an open trial at Oxford Harlequins on Sunday, 21 October at 11am.”

Championship One is English rugby league’s third tier, below Super League and Championship, so the new club hopes to attract the best of the county’s rugby talent.

“We will have at least three or four warm-up games before the season starts in March,” said Benson. Oxford is an area that is so strong for sport, especially rugby. It is exciting to be part of history.”

Oxford have some big names involved behind the scenes too. Chairman Simon Lee is a former boss of Leeds Carnegie rugby union and was instrumental in linking Leeds Metropolitan University with the Yorkshire city’s rugby clubs.

Benson was offered the Oxford job after being sacked by Championship side Oldham in August.

“I had just finished at Oldham and was looking for work,” he said. I think Tony Colquitt was aware of me from my time at Oldham and I was delighted to get involved.”

Benson has also coached Ireland A and the Irish Wolfhounds. He said: “I have been coaching a while now and have always tried to put something back into the game.”