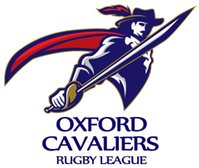 The Oxford Cavaliers and Oxford RL are two different sides that will be playing rugby league out of Oxford in 2013. There has been some confusion from supporters and players assuming that both names fall under the same club but Oxford Cavaliers will continue to be an amateur rugby league side whilst Oxford RL are a semi-professional club who will be competing in Championship One in the 2013 season.
Oxford Cavaliers will be looking to build on a very successful league campaign where they won the Grand Final in 2012. The committee will be looking to release more information with regards to training and friendlies early in the New Year so keep coming back to the website.
For all those Cavaliers fans looking to watch Championship One rugby during the 2013 season feel free to keep up to date with what is going on at Oxford RL by checking their website at www.oxfordrl.com
Share via
FacebookTwitter
https://www.pitchero.com/clubs
Recent news