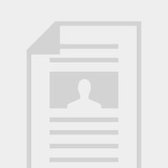 Oxford City have completed the capture of left back Paul Stonehouse from Bath City.

The 24 year old began his career at Forest Green Rovers where he broke the record of becoming the youngest player to reach 100 competitive appearances in the Conference National, he went on to make 170 appearances for Rovers and became captain of the side scoring a memorable goal in the Fa Cup third round against Derby County.

5’8 Stonehouse is predominantly a left back who can also play on the left of midfield or centre of defence, he is described as a fantastic tackler and very quick.