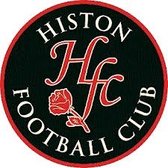 City started the brightest having a strong spell of pressure with Mark Bell stinging the goalkeeper's hands with a drive before Andy Ballard fired just wide from 18 yards.

Histon have been recieving alot of recent praise for the way their side play as was evidenced by their slick passing football, the young players carving out several chances in the first half.

The second period saw City under several prolonged spells of pressure as Histon went looking for goals, several shots flashed just wide of the target and goalkeeper Matt Ingram was forced into action on more than one occasion, at the other end City came close when a long throw from Andy Ballard was met by the head of Chris Wilmott who saw his effort drop onto the top of the crossbar, but neither side were able to break the deadlock

Oxford City Nomads ran out 3-2 victors over Rayners Lane after extra time in the Third Round tie in the Hellenic Challenge Cup on Tuesday night to book a quarter-final spot.
Read the Rayners Lane view HERE.