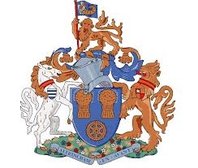 Oxford City fell to a 3-1 defeat at Altrincham despite taking a first half lead.

Felipe Barcelos fired City ahead on 20 minutes and the lead could of so nearly been doubled when Jamie Cook's freekick cannoned off the crossbar with the goalkeeper stranded.

Altrincham hit back before the break when the league's leading goalscorer Damien Reeves fired home.

The second period belonged to the home side as they lay seige on City's goal, Matt Ingram made several important saves as Alty missed chance after chance until the 80th minute when Reeves was on hand to put them ahead and just 1 minute later it was 3-1 and game over as Watmore cut into the City defence before lashing his shot low into the corner of the net.

Oxford City Nomads saw off Abingdon Town winning 2-0 in their Hellenic Premier fixture despite playing for an hour with just 10 men. Nomads' goals came from Andrew Styles and (of course?!) Adam Lovegrove.