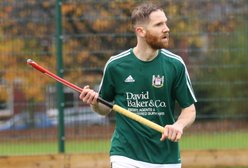 Penarth A looked to continue their 100% start to the season with an away trip to Bridgend A. The bears had come away winners in the same fixture in preseason and were hopeful of getting a result again but knew it would be a tough fixture.

This became apparent early on with Bridgend working the ball through midfield and earning an early short corner, which despite a good initial save from Ben Jewess, they were able to convert on the rebound. For the second time in 3 games Penarth found themselves behind before they had had any possession.

The bears did not panic and were level almost immediately, Tom Haran driving through the heart of midfield and winning a short corner, which was fired home by Sam Docherty for his first of the season.

After the opening flurry of goals the game settled down and soon became an arm wrestle with both teams trying to get the upper hand. Bridgend struck next again from a rebound following a short corner.

Penarth were able to level shortly before half time, Sam Docherty with a well placed aerial which saw Penarth clear on goal, Elliot Van Steen calmly slipping the ball past the keeper to continue his impressive start to the season.

The teams went in to half time level which was a fair reflection of the first half, but it was the bears who were able to get the impetus in the second half.

Man of the Match Iwan Meddins and Mark Thomas were able to launch waves of attack from the wing back positions, with Penarth exploiting the wide channels well. This paid off early in the half with Dave Watkins converting a well worked move up the right wing.

Keegan Hoare gave Penarth breathing space midway through the half firing home a drag flick. And Dave Watkins added a fifth to put the game to bed again after a Sam Docherty aerial caught the Bridgend defence out of position.

A lack of discipline saw the bears finish with 9 men with a total of 5 cards dished out to the visitors throughout the game. Bridgend were able to take advantage of their numerical advantage to grab a late goal but Penarth came away with the 3 points to maintain their perfect start.

Penarth face Cardiff and Met 4 this weekend at Stanwell, looking to hold on to the top spot of the table.