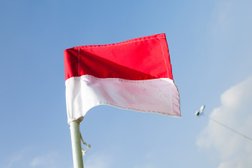 HOCKEY CLUB 3rds TAKE TITLE WITH A TON OF GOALS

Penarth achieved two of its biggest pre-season aims as both the 3rd and 4th XIs secured promotion – with a divisional title to boot.

Although promotion from De Cymru 2 was all but secured by the victory over Bridgend a week ago, the 3rd XI still had unfinished business, with the small matter of the division title still up for grabs.

With two teams still able to overtake them in the race for top spot, including their opposition on Saturday, the Bears could not afford to take Neath lightly, and wouldn’t given that the two previous encounters between them had been more difficult that the final scorelines might suggest.

Despite the enforced absence of four season-long members of the squad, the home side was still able to field a strong cohort, with Ben Jewess filling in for goalkeeper Calum Grant – promoted to the Seconds as cover for the injured Adam Putt – and Lewis Ingram returning to join Chris McCarthy, Tom Griffiths and Mark Thomas in a potent midfield rotation. With 96 goals already logged in the campaign to this point, there was a secondary target for the Penarth team and, having twice scored four or more goals against the same opposition, the century was there for forwards James Kidby, Jack Daly and Matt Birch to chase.

The game started just as the league table suggested, with Penarth in the ascendancy from the first touch, allowing Neath only the briefest of forays into the green half of the pitch. Although it took a while to break down the defence, with the visiting goalkeeper again in good form, the opening goal still arrived before some members of the Bears’ line-up had touched the ball, with Kidby getting a stroke of luck as his flicked shot hit the post only to cannon into the back of the net off a hapless defender’s chest.

A second goal followed in short order, with Ingram finishing smartly from close range midway through the half, but Neath showed that they would not be going quietly and shored up their defence for the rest of the period, denying the home side another strike before the break as both sides found the post in quick succession.

Turning around two goals to the good, Penarth took their usual stance of considering the second half a new game, with all to play for, and it proved a good strategy as Neath decided to commit more men to attack in the hope of salvaging something from the afternoon. While that gave the back four of Gabe Pryde, Craig Llewellyn, James Davies and Graeme Jones more to do than they had in the first period, and saw the visitors come close to pulling one back as Thomas and Davies combined for a goal-line clearance, Jewess remained largely untroubled.

As Neath pressed forward, it gave the Penarth strikers more room to move and, with Griffiths throwing aerial passes to take advantage of a stiff tailwind, opportunities continued to come their way. Although several chances were spurned, Daly eventually put the game beyond doubt by converting a well-worked penalty corner routine, leaving the small matter of whether the 100th goal would come in this game or the season finale against Swansea in a couple of weeks.

Knowing that the opportunity was there to cap the title success with another landmark, Penarth proved relentless in the closing stages, with Richard Cousins orchestrating many of the moves from midfield. It was Jones, however, who claimed the assist on the century when it came, involved in the build-up that eventually saw Daly finish with aplomb.

The Bears thus claimed the De Cymru 2 crown with two weeks and one game to spare, but the race to join them in the top flight of South Wales hockey next season looks likely to go to the wire, despite Neath gaining the upper hand with victory over Whitchurch on Sunday. Both sides have two games to play, while Penarth look to celebrate their success against bottom side Swansea on 23 March.

The 4th XI travelled to Gwent for their penultimate match knowing that a win against the De Cymru 3 leaders would ensure promotion, but that anything else would require victory in their last game if the team were to achieve its pre-season ambition.

Any nerves that the Penarth side may have been carrying were quickly settled when, in almost their first attack of the game, good work by Zayn Zaman led to a tap-in at the back post for Keir Vanner, making a belated seasonal debut for the Bears. As if to make up for lost time, Vanner followed up with a second strike just a few minutes later but, despite having chances to put the game out of reach before half-time, a combination of over-confidence and poor finishing meant the rest of the period was more even, with goalkeeper Jamie Lawrence forced into a few good saves in order to to keep the score at 2-0 at the interval.

Still smarting from Penarth’s opening salvo, Gwent started the second half strongly and quickly pulled a goal back to reduce the deficit. Again, however, there was no sign of nerves in the visiting side and, spurred into action, the Bears soon restored their two-goal advantage thanks to an opportunist finish from Liam Murphy, who pounced first on a loose ball in the Gwent D.

Despite numerous penalty corners and other chances to increase their advantage, Penarth were unable to add to their lead but, with Gwent becoming increasingly reliant on hopeful long balls, Will Ramage and Richard Bromiley were able to effectively marshal the Bears defence and prevent any thoughts of a comeback.

The final nail in Penarth’s victory came from a well-taken effort that completed Vanner’s hat-trick following good build-up play through the now-dominant midfield combination of Joe Ramage and Richard Clarkson. An unusual yellow card for Ifty Khan in the dying minutes did little to affect the flow of a game already won and Penarth could start to look forward to playing in a higher division next season.

Having vaulted their opponents in the standings, there is still an outside chance that the side could join the Thirds in topping their table should the win their final game and have other results go their way.

With their own promotion bid still subject to a closely-fought mid-table battle in the Verde Recreo Premiership, the 1st XI were overshadowed slightly by the achievements of the lower elevens, but nevertheless produced another improved performance on their travels.

Having disposed of local rivals Whitchurch the previous weekend, the senior side found themselves crossing the Severn once more, this time to take on a Westbury & United Banks team clinging desperately to their spot in the highest division.

In line with the formbook, Penarth found themselves ahead early on and, having built up a 3-0 lead, the Bears controlled proceedings for most of the first half, only to discover that their hosts were not about to roll over and make things easy. Two quick goals in the latter stages of the half ensured that the visitors went into the interval holding a tenuous one-goal advantage and fully aware of the task ahead as they embarked on an important second half for their National League ambitions.

Able to repeat their strong start to the game, Penarth added a further two goals in the second period and, despite Westbury again managing to peg them back, eventually ran out 5-3 winners. The victory was significant in keeping the Bears in the hunt for one of the four promotion spots, but another huge effort will be required this weekend as they host third-placed Exeter University at Stanwell on Saturday, before travelling to Cheltenham, currently second in the standings, for a rearranged game on Sunday.

A blustery afternoon failed to dampen the action at Stanwell as the 2nd XI hosted Bristol & West in a return of a fixture that had narrowly gone the Bears way first time around.

Again, the game proved to be a largely even affair, but it was the visitors who took the first half honours, with only David Joyce’s reverse strike threatening their goal. Bristol were flattered, however, by a brace of goals seized within a two-minute spell midway through the period. A slick penalty corner routine was immediately followed by an attacker’s quick reaction to confusion in the Penarth defence to give the English side a vital cushion, but Penarth gave themselves a sliver of hope with the half-time whistle beckoning, pulling a goal back when Matthew Stollery slotted home a penalty corner rebound from close range.

Realising that the next 35 minutes would be critical to their season, the Bears came out a much more determined side after the break, with Jack Jopson - for the second match in a row – patrolling the midfield, Jake Connolly teasing the Bristol defence and Kyle Stubley constantly probing from the rear. With the home side enjoying the majority of possession, an equaliser always looked likely, and eventually arrived when a powerful penalty corner strike from Joyce was spilled by the goalkeeper, allowing James Broad to smoothly convert the rebound.

Penarth applied constant pressure over the remaining 15 minutes but, with Stollery’s goal-bound shot going narrowly wide, they knew it was not to be their day. Promotion now appears to be out of reach for the Bears, who trail second place by seven points with two games remaining.

The 5th XI, with promotion already out of reach despite a spirited season, had little more than pride to play for and were made to weather some early pressure from a Whitchurch side currently propping up the De Cymru 3 standings. Things began to swing the Bears’ way when Iwan Meddins opened the scoring with an excellent strike and the floodgates eventually opened as Greg Cross added a well-taken brace either side of a penalty corner conversion from Simon Marchant. David Thomas added a fifth goal late in second half of a game marked by an excellent debut in centre midfield from young Owen Kestle and another man-of-the-match performance from Rhys Meddins.

Three of the five Penarth teams are in action this weekend, with the 1st XI hosting the University of Exeter at Stanwell (1.45pm start), before travelling to Cheltenham for a rearranged game on Sunday (noon start). Meanwhile, the Seconds cross the capitol to play Cardiff & Met at UWIC (1.30pm start) on Saturday as the 4th XI complete their season at home to Whitchurch (3.30pm start).