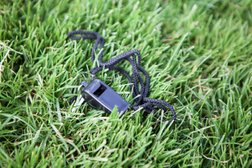 2019 started in fine fashion, with four wins from five games, and a draw in the other to confirm a rare unbeaten weekend in the Verde Recreo League.

The 2nd XI faced the daunting task of a trip to Whitchurch for their first game of 2019, with the local rivals sat top of the De Cymru & The Marches 2 table before pushback, having already inflicted an opening day defeat on the Bears.

The visitors knew they needed to avoid a repeat if they were to keep alive any realistic promotion hopes and, from the outset, it was clear it was going to be a close encounter, with both teams clearly fired up. There was no lack of effort from Penarth, but they looked rusty after the Christmas break and failed to maintain spells of possession with some poor basic skills letting them down. Whitchurch were only to happy to capitalise on this sluggish start and, when a defensive error gifted them a 2-on-1 with the ‘keeper, the home strikers worked well to give Adam Putt no chance.

Whitchurch continued to have the upper hand, forcing Putt into action on several occasions, the Penarth stopper making a string of fine saves with then hosts looking for close range deflections at every opportunity. Putt’s efforts were not without reward, however, as it was Penarth who struck next, very much against the run of play. Tom Griffiths created the opening with a surging run to win a penalty corner and, although Dave Joyce’s initial strike was well saved, Jack Jopson reacted fastest to the rebound to tap home at the back post.

At 1-1, Penarth had their tails up, but parity didn’t last long as a bizarre crossing call gifted Whitchurch an attacking platform that they took full advantage of, finally getting a deflection past Putt to retake the lead just before the interval.

Penarth regrouped from this setback at half-time and were able to swing the momentum back in their favour early in the second half. Man-of-the-match Lewis Ingram became a lynch pin in midfield, running tirelessly to give the defenders an outlet from the back and moving the ball on quickly to set up numerous attacking opportunities.

Once such well-worked move looked to have produced an equaliser when Matthew Stollery rounded the Whitchurch ‘keeper before being taken out, and the visitors were shocked when only a penalty corner was awarded. Penarth kept their heads, however, and converted the set-piece to equalise, again with Jopson the scorer as he produced an incredible volley following Stollery’s initial strike.

At 2-2, the importance of the game became obvious as tempers started to flare and both teams saw players carded as the game broke down. It was Penarth who looked most likely to get the winner, with Whitchurch seemingly happy to avoid defeat and maintain their position in the promotion places. The Bears came close to grabbing the winner with Sam Chick seeing his shot beat the ‘keeper before being cleared off the line by a covering defender, and Stollery nearly won it at the death, showing his pace to reach a through ball before skinning his marker and working an angle to shoot from – only to see his well-struck shot go inches wide of the back post.

Whether this was one point gained or two points dropped by the Bears remains to be seen, but with a platform to build on in coming week, they will hope it is the former come the end of the season.

Having negated the game in hand held by nearest rival Bridgend in the final fixture before Christmas, the league-leading 3rd XI travelled to Baglan Bay to face an unpredictable Neath side that had topped De Cymru 2 early in the season, but provided comparatively little opposition for the Bears in their first meeting.

Knowing that some key figures had been absent from the Neath side that travelled to Stanwell back in November, Penarth were not going to take the fixture lightly but, with near-full availability throughout the club, were also able to field a strong side. The only notable absence was regular goalkeeper Calum Grant, forcing forward Matthew Birch to don the pads 51 weeks on from breaking his leg the last time he filled the same role!

Although it took a while for the side to rediscover the groove that had made them a potent attacking force in the first half of the season, Neath appeared to pose little attacking threat of their own, with the midfield screen of Joe Ramage and Richard Cousins neutralising the opposition’s key playmaker and picking off most attempts at a through ball to the forwards. Birch was only rarely required in the first period, but did make one important stop from a penalty corner that would have brought Neath level and, perhaps, given the home side some impetus for the rest of the game.

Penarth were already ahead at that point, with a well-worked move down the left, beginning with Graeme Jones and furthered by the industrious James Kidby setting up a back-post tap-in for Jack Daly. With Birch’s save keeping his side ahead, the Bears then responded in kind at the other end, with Kidby picking up the rebound from a penalty corner and slotting home from close range.

The score remained 2-0 at the end of a half notable for the return of Mark Thomas, making his return from a lengthy absence following major knee surgery, but did not remain there for long as Penarth started the second period with gusto, adding two quick goals through Chris McCarthy and Jasminder Singh to seemingly put the result beyond doubt.

McCarthy again proved his worth alongside Singh in midfield, the pair instrumental in most of Penarth’s attacking moves, while Thomas – who was afforded no respite with regular right back Elys Johnson carrying a knock – showed that he had lost none of his feistiness in close-quarter action.

Birch’s goal of keeping a clean sheet appeared well on course thanks to a combination of good fortune and strong defending, but was shattered late on as the Bears lost their way and conceded twice in the last quarter of an hour, the final blow coming from a penalty corner right on the final whistle to leave the score at 4-2 in Penarth’s favour and another three points in the bag towards a possible title-winning promotion.

There were also wins for the 1st, 4th and 5th XIs, with the senior side defeating Plymouth Marjon for the second time this season to further secure their place in the Verde Recreo Premiership. The 3-2 victory lifts the Bears back into sixth spot in the closely-contested top division, with only three points separating them from fourth overall.

The 4th and 5th teams continued their separate pursuit of promotion from De Cymru 3 with wins over Gwent ‘B’ and Whitchurch ‘C’ respectively. The Fourths’ win was of great importance as it lifted them back ahead of their opponents into top spot in the division, although Gwent continue to have a game in hand on the Bears. The Fifths, meanwhile, are now third overall and could capitalise on any slip up by the teams ahead of them.

League action continues for three of the club’s five sides this weekend, with the 1st XI hosting Premiership leaders Ashmoor at Stanwell (1.45pm start) in the marquee game. The Seconds travel again, this time to Cheltenham (3.30pm start), while the Fourths are in Whitchurch (2.30pm start).