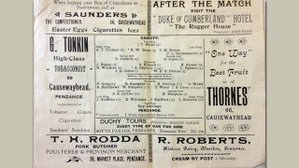 Whilst recently in the progress of moving house, Cornish Pirates supporter Peter Scrase came across a clearly rare and precious rugby match programme, for a game played at St. Clare between Penzance RFC and the famous Cardiff club back in April, 1935.

Peter immediately, and very kindly, thought of passing the programme to Pirates’ archivist Phil Westren, who was thrilled to receive it on the club’s behalf. Phil advised that although he has been able to file a truly considerable amount of material during the past 40 plus years, this was incredibly the first ever match programme that has been revealed in relation to the separate Newlyn and Penzance clubs, who amalgamated in1945 to form the now famous Penzance & Newlyn RFC.

Phil commented:
“The programme is a wonderful and precious find, and it is one that also reveals the names of so many well-known players of their time, from both sides. The Cardiff team was littered with Welsh internationals, including their skipper Archie Skym.

“As for Penzance, the name of their captain also immediately drew attention. The player concerned was Irving Uren, a forward who played eight times for Cornwall in the 1930s. Irving is the father of former Pirates player and present match day steward Arthur, so I was right away keen to make sure that Arthur should see and receive a copy.

“Other Penzance names to note were those of Ben Perrin, Sax Littler, Bill and Ken Simpson, and Dick Matthews (later a Mayor of Penzance) who in the same year was a try-scorer for the combined Cornwall & Devon side that played the third All Blacks at Devonport. Redruth’s Roy Jennings – a British Lion in 1930 – was a guest player named at full-back, whilst two members of the team, namely Ron Sturgess and John Swire Griffiths would lose their lives in the Second World War.”

Peter has fond memories of Ben Perrin, who was his coach when he played for the Mounts Bay Colts (nowadays the Pirates Colts) in the early-mid 1950s. Also, with further reference to finding the programme Peter revealed:

“It would have been purchased by my late father-in-law, Jack Evans. He was a Stores Officer for Trinity House who transferred from the Swansea depot to Penzance in 1934. He had played for Swansea, and watching the Penzance versus Cardiff game would likely have been keen to see Swansea’s fierce rivals beaten by Penzance!”
* * * * 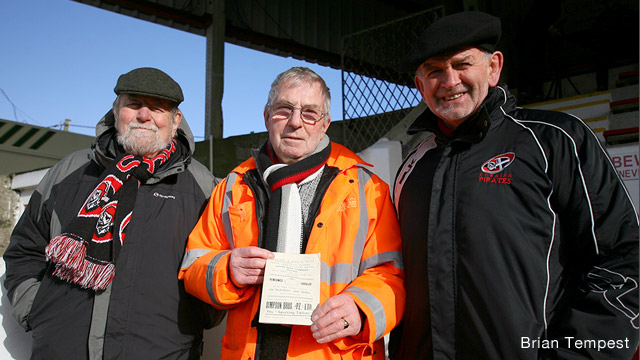