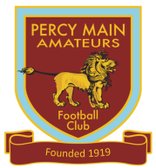 The present and the future

From the brink of oblivion only a couple of weeks ago, we welcome a bright and exciting new future for Percy Main Amateurs FC, with the additions of club directors Ryan Lynch and Paul Springett.

The enthusiastic pair, have ambitious plans for PMA with a raft of developments in the pipeline, which will include comprehensive improvements to the club's Purvis Park ground, more community involvement and the rebranding of the entire set up, which at present has only 1 senior men's team.

More details are to follow in the coming days and weeks, but they will undoubtedly put our football club well and truly on the map.

Heading up the club we welcome Paul Springett, with a brief introduction;

Paul grew up in the North East, 2 miles from Purvis Park in Hadrian Park and played at Wallsend Boys Club most nights. Paul has an extensive back ground in finance and works for a US Hedge Fund by day having worked in finance for 20 years.

He is also the Director of London club, Erith & Belvedere FC who play in the SCEFL league where they have themselves undergone a huge transformation and rebuilding process and a club where a Paul made 144 appearances. Paul has recently finished a 20 year non league player career.

Paul will be joined by his business partner Ryan Lynch who will also join as a new Director. Ryan (37) is the founder and day to day operator of DOUGH, which started in 2017 from a kitchen unit and Instagramand has now grown to five sites across Merseyside. He has also recently started his second brand, lynchburger.

Ryan, known for his expertise in starting up businesses, is a successful entrepreneur and has a track record of making them profitable on low budgets. He also does all the marketing and social media for his businesses, amassing a total of 50k followers across all platforms.

A short statement from Paul.

"This is a very historic club with a history of 102 years, the story itself of how the soldiers from World War One walked out of the trenches to form a football team is amazing.

Having grown up in Newcastle for my entire childhood I’ve always had strong connections with the area and recently my Mother and partner moved back to the area. I still have a lot of good friends in the area and it’s a place close to my heart.

They say that there is always a ghost from your childhood in your adult life and I felt that when I met everyone from Percy Main a week ago, I could feel how much this club means to them. This project is an ambitious one and one we are extremely delighted to be taking on, there is a huge amount of work to do. Step by step we need to start over and build a community and extended family.

To give something back to the North East and develop the youngsters will be truly special. Up the Villagers. Up the Percy. I can’t wait to get started"

The committee has also been bolstered by the addition of Dean Lowdon, a current sponsor and director of ABR Mortgage & Protection and he has started work immediately looking at funding and grants which may be available.

Keen supporter and former player Keith Bell, will become 'Club Historian' and Keith will be interested to hear if anybody has any information on the club's past. ( keith1bell@hotmail.com )

Because of the urgent need for extra off the field help at Purvis Park, team manager Steve Hurd has decided that at the end of the season and following the Challenge cup games, he will take a sideways step and join the committee, enabling the club to bring in a new management team and an extra couple of pairs of hands.

Going forward, he will play a vital part in the club's future. Steve has been with The Main for almost 4 years and has mucked in with anything that has needed doing behind the scenes, often setting about essential tasks on his own and it is a measure of his commitment to the club that he has taken this action.

Dave Dickson will take the hot seat from the end of the current season, he is known for developing younger players, he has extensive coaching and managing experience, having guided many former juniors through the ranks and into the top echelons of the non league game.

His first experience of managing in senior football came with Gateshead Reserves where he assembled an exciting young side, which took the Northern Alliance by storm.

After a spell with the first team in the National league which coincided with a period of turmoil for Gateshead, Dave moved onto Billingham Synthonia, where he maintained his philosophy of developing a young side and following an unbeaten 20 game run, guided the Synners into an automatic promotion slot, until covid put paid to the 2019-20 season.

He is also an ardent club man, who is happy to help with the many off field duties that may need doing.

Coming in as assistant manager is Ben Garrity, who has previous links with Dave. Ben cut his team teeth in junior football starring for the likes of Felling Magpies, Leam Rangers and Ponteland United, before first playing senior football in the Northern Alliance with Gateshead Rutherford at the tender age of 16.

He then had a stint in the Northern league with Birtley Town, Billingham Synthonia and Brandon United and has also gained valuable experience playing in a series of friendly matches for Gateshead FC.

Ben has coached since he was 16 and having passed his badges, set up his own coaching business. He coaches at Birtley Town U17s and helps out at various grassroots clubs on request, putting training sessions on for them.

Ben said " It’s a massive thing for me at a young age to take a step back from playing and become assistant manager of Percy Main, but when Dave offered me the role it’s an offer I couldn’t refuse. It’s a very exciting position to be as the club has got very exciting plans for the future and I can’t wait to get started and put 120% into being a big part of the future for Percy Main... Up The Main!!!!"