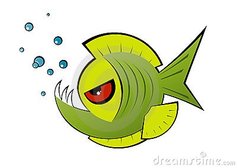 It was T20 time again down at Arthington Lane. A new speaker system had been fitted which gave the antics a bit more spice and the newly named Pool Piranhas couldnt wait to get their teeth stuck into Menston CC. Jake Zsilinszky was confirmed as the new skipper and stood up to the plate manfully.

Pool won the toss and elected to bat first on a typically good wicket, prepared lovingly by the excellent Pool CC ground staff, led admirably by Andy Williams. Will Cooper and skipper Jay Z opened up. They wasted no time in advancing the score both hitting boundaries off the bad ball. Jay Z looked in great touch until he was outdone by what can only be described as a pea-roller that look his leg stump for 19 this brought an in-form Charlie Bell to the crease.

Belly and Coops, taking advantage of the powerplay, accelerated the score towards 9 an over. Coops, however, was bowled for a well made 24. Sam Wilkinson came in at 4, for the Piranhas, and kept the scoreboard ticking over nicely as the 2 leftys found the gaps in the field. Both batters ran hard turning 1s into 2s and 2s into 3s where possible. Bell, looking well set, was caught at point for 24 at better than a run a ball! Adil Mehmood in at 5.

Adil came out with intent hitting a couple of 4's before being caught for sadly skying one when on 11 that was well taken in the deep. The ever green Dave Amos came in at 6 and showed his intent by bounding to the crease. 7 overs left, Mossy seeing it like a beach ball, he was keen as mustard for a hit. Dingle and Amos pressed on with the score ticking over nicely at 8 an over, sadly though Dingles fine knock came to an end as he dollied one back to the bowler for a return catch. He made a fine 42

Adam "Cooey" Collett was next in and helped Mossy by giving him the strike when possible. Dave played his trademark lofted extra cover drive, much to the fans delight, and pushed for runs all over the ground even at the expense of his less pacey team mates. After a couple of quick wickets fell in the final over the Piranhas ended up on an excellent 170-9 with Mossy 25no. Great work and the turn around was quick.

Dave Amos and Sam Wilkinson opened the bowling as more fans flooded into the ground to watch the youths bowling. Both openers exploited the orange ball with swing and before you know it Menston where 35-6. Mossy and Dingle both with 3 victims each. The damage was already done. The score had boomed up to 10 an over and the Piranhas definitely smelt blood in the water and were primed for a good feed.

Coobacca and Will "The Truth" Pallister came on to bowl and both bowled tight lines, snaring a victim each. Pools fielding was excellent as Amos (or Hawkeye as he is now known) hunted down the stumps for a deadly run out. Henry "Huh!" Boggie picked up the final wicket with Menston dismissed for a abysmal 68.

Some great fielding and lots of chat from the Pool lads set the standard from the start. Its really great to see such a comprehensive win with such a young side. Dingle and Cooey the oldest at 26. Very well skippered by Jay Z and aided well by Mossy + Belly. The future of the club is bright and from the applause of the supporting fans they happily agree. Take the win into the weekend lads and lest get 2 wins for the 1s + 2s!
--