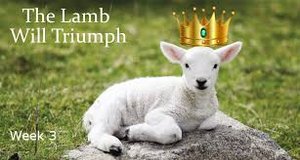 LAMB SKEWERS BAR AND SERVES THEM A BIG REALITY CHECK

Harpenden 219 all out beat POTTERS BAR 78 all out

Potters Bar fresh from two fine wins were brought back to life with a huge great bump as they were pummelled by a huge 141 runs by second from bottom Harpenden in a surprisingly one-sided contest at a sun drenched Walk.

Bar won the toss and opted to bowl first on a pitch that would offer a little assistance after a deluge of rain in the days preceding. The early breakthrough took a while as Tom Beasley batted positively but it was Teddy Duke who snicked visiting skipper Nick Lamb off to slip and next ball clean bowled Aussie overseas Aaron Burrage. 43 for 2 saw Bar improve but still Beasley batted nicely and Scott Galloway played in a positive fashion as Harpenden looked to put a decent score on the board.

Beasley went for 45 as he was bowled through the gate by Luke Chapman and when Ashane Wijesuriya ran out Alex Axon for just 10 after a daft piece of running the visitors were pegged back at 4 for 108. Worse was to follow as Andrew Neal who has had a fine first season in University cricket was adjudged leg before for just a couple but Scott Galloway saw it through to the lunch break - 5 down for 124.

Galloway completed his 50 in 69 balls and compiled vital partnerships with Gus Laws-Mathers of 42 and 47 with Dan Bradley as Bar started to look as if a decent chase would be the order of the day. However the loss of Galloway for a fine 79 saw a collapse where Paul McGee (4 for 24) burgled four victims as the latter order lost their heads completely, including a stumping for Ashane Wijesuriya which was bordering on a Brian Rix farce.

Bar took the last wicket in the final over and Harpenden dismissed for 219 a total that should be getable but would at least be one to keep them honest.

Bar started off confidently with Steve Gale and James Scott playing nicely and saw off the early stages of the new ball. However Burrage removed Steve Gale for 16 as he got a skied leading edge to point and next ball James Scott was excellently taken by keeper Alex Axon. 30 for 2 and the visitors gander was most certainly re-discovered.

Rehan Hassan and Rishi Patel patiently got the innings back on firmer ground and the introduction of Harpenden skipper and ex-Bar colt Nick Lamb was to produce a spell of bowling and results he'd not achieved in League cricket in a long and established career.

First up he snicked off Rehan Hassan to slip for 8 and then on the cusp of tea he found the edge of Rishi Patel's bat and was snaffled at second slip. Bar were 63 for 4 and in deep trouble but reached tea at 69 for 4 needing a further 151 in 35 overs. However for the first time in a very long time Bar were akin to a student in an exam who just looked blankly at the paper and could fathom no answer to what was being served up.

Ashane Wijesuriya tamely hit to point where Latham took the catch and four balls later Nick Lamb pinned Thilan Walallawita leg before and it was a case of when rather than if Bar would lose the game. Luke Chapman was next in and he top edged a slow bouncer over the keepers head for four but next ball was leg before as Lamb completed his 5 wicket haul.

Aaron Burrage had Charlie Scott caught at mid-on for 12 but then Nick Lamb bowled Teddy Duke for 1 and then had Jigar Mehta taken at 4th slip as Bar had capitulated in spectacular fashion for just 78 in just 26 over and lost 6 wickets for just 9 runs. Nick Lamb started his cricket at PBCC and finished with 7 for 16 and was the best figures by a PBCC colt since Paul Barker in August 2003 - sadly it was in a Harpenden shirt.

Next week sees Bar travel to Luton Town & Indians in week 8, where they will be looking to get their third away win in four games but they will need to apply themselves a hell of a lot better than they did this weekend.