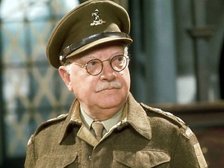 A game of biblical proportions was played out at Owens School on Saturday that will live long in the memory. It had everything from comedy gold to spectacular collapses and there was even blood spilt in the name of low quality cricket. After winning a rare toss captain Ellis chose to field first and we went out knowing if we win our last 3 games we were a good bet for promotion.

We got off to a great start when jack Phillips removed their opener 3rd ball and with barnesy tying up the other end the Exiles found runs hard to come by. Ellis was first change and struggled early on perhaps hampered by the late replacement and previous captain Taylor sledging him at every opportunity until he decided to land the ball on the strip for a change and taking a good caught and bowled. At 20 overs the oppo were only on 51-1 and the pressure soon told as Ellis took another as the batsman dragged one onto his stumps from 2 yards outside off.

Drama was to soon follow though as a rare good ball from him tickled the bails off and deceived Sanj behind the stumps who took the ball full in the face and went down hard. With claret everywhere including on the bails somehow we feared the worst but after a while Sanj recovered and bravely carried on.

Owers came into the attack and bowled well taking 2 quick wickets and we were soon into the tail at which point Taylor came into the attack. Having barely played all season and having a spine that is apparently made of paper mâché I thought this might be a chance to give him some verbals back but begrudgingly he bowled very well and removed the tail with figures of 5-2. Even more remarkable about this was they were both good catches with 1 taken by Barnesey who hasn't got his hand to 1 since East 17 were top of the charts and a first ever catch by big Andy Silvey who celebrated with several vigorous fist pumps and barely stopped short of a lap of honour. Tea was taken with the Exiles back in the hutch all out for 109.

After a nice tea and the sun on our backs our openers strolled out to the middle safe in the knowledge that sensible batting would comfortably see us home. Little did they know that they would barely have to lay bat on ball as an incredible 21 no balls were bowled in the first 7 overs as we motored onto 45 without loss and were serenely moving towards a comfortable win. We lost a couple of quick wickets but were unworried but soon 2 became 4 and then 6 as our middle order floundered and suddenly we were getting nervous. Owers was out in the middle batting well but disaster struck as he was well caught and we were 7 down still needing another 15 runs.

Taylor and Ellis were next in and pushed the ball around for a few singles but were soon both out caught and we were 9 down still needing 6 to win. This brought out to the middle Jeff Barnes and Andy Silvey and with Jeff facing their excellent bowler we were thinking we had thrown it away. Jeff kept out the first 4 balls and back in the pavilion we were hoping he would see the over out but Barnesey had other ideas as he unfurled a magnificent cut shot which raced to the boundary and we were 2 away from victory at the end of the over. Silvey was now facing and with everyone willing him on he blocked the first 2 before chancing his arm and going for glory he pulled the next ball high into the air. With everyone on the balcony on there feet 3 fielders converged on it but he had it all under control as it landed safe and the game had been won. A fantastic game played in great spirit by both sides. Well done to all involved and on to next week with a winner takes all game at Letchworth