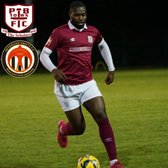 Next up: Heybridge Swifts in the FA Trophy (H)

We return to the Isuzu FA Trophy to face Heybridge Swifts in the Third Qualifying Round.

On Saturday Isuzu FA Trophy football returns to the Lantern Stadium, as we face Heybridge Swifts in the competition.

It is the perfect chance for Sammy Moore and the squad to start a cup run, having made it to the Second Round last campaign.

Here are all the details for fans going to the match on Saturday afternoon.

Stadium
The Lantern Stadium, home of the Scholars, can be found at the address:

Kick off time
Our game against Heybridge Swifts kicks off at 3pm on Saturday the 8th of October.

Ticket prices
We will be charging spectators the following prices for the match:

Please not that Season Tickets will not be valid for this fixture.

Our opponents
Isthmian League North Division side Heybridge Swifts sit 8th in the table so far this campaign.

Our opponents saw off Chipstead in the last round in the Isuzu FA Trophy to set up this Third Qualifying Round tie, winning 2-1 courtesy of goals from Ross Wall and Andrew Fennell.

In the First Qualifying Round, the Swifts relied on penalties to beat Beckenham Town.

Steve Tilson's side will be hoping to cause an upset at the Lantern Stadium to progress into the First Round proper of the competition.