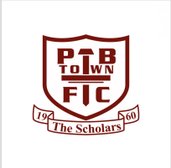 Potters Bar Town's incredible season shows no signs of stopping after another victory on the road sent them back to the top of the Isthmian League Premier Division.

The Scholars have now racked up five away wins from six games, and nine in total from 13 league fixtures to lead Bishop's Stortford by a point.

The latest success was 2-1 in front of nearly 900 fans at Hastings United.

Kasim Aidoo got his first league goal for the club just before the break and Tyler Christian-Law made it two in two for himself midway through the second period.

Kane Penn pulled one back for the hosts but that wasn't going to stop the on-fire Bar, who showed great character throughout, from hitting the summit.

Manager Sammy Moore included a new face in his starting line-up after clinching the signing of Bradley Kauzeni.

The defender began his footballing journey with Brentford before stops at a number of clubs including Kettering Town, Hayes & Yeading United, Northwood, Bowers and Pitsea and Romford, where he played six times last season.