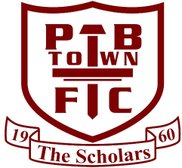 'Scholars' see off the Urchins

A second half Bradley Sach goal was enough to give Potters Bar the points and a second away win in three days.

Bar had the better of the first half but it was the Hosts who thought they should have had an early penalty as striker George Purcell went down in the box.

Mahrez Bettache, playing at right back provided a springboard for much of the visitors good attacking play . A ninth minute run to the box saw a a fine cross well blocked by a Hornchurch defender. Bettache then almost turned provider for Brad Sach, a long ball finding the striker who was thwarted by the home keeper. Another pinpoint pas found Stefan Powell who pulled his shot just wide.

A Hornchurch break on 26 minutes found Clark in space but Sean Grace was on hand to clear. Moments later Lee o'Leary freed Brad Sach but his effort was tipped away for a corner by home 'keeper Chafer.

Chafer again denied Sach as the Bar striker got his head to another cross from Bettache at the back post.

Bar continued to go for goal as Dernell Wynter first shot just wide from 25 yards and then twisted and turned following great work from Bettache and George Nicholas only for Chafer to pull off yet another save from the resulting shot.

The second half started in much the same way as both sides had chances but defences remained solid until the eleventh minute when a swift breaking passing move involving Lee o'Leary and Keagan Cole found Brad Sach in space who cut across the home defence to cooly slot in to the bottom corner and put the Scholars ahead.

Ten minutes later Stefan Powell could have doubled the score but his shot from distance flew over the bar.

The Urchins best effort of the half saw left back Jay Porter in space but his driven shot brought a good save from Berkley Laurencin.

The match continued to ebb and flow but was effectively settled in the 86th minute as Urchins midfielder Lewwis Spence picked up a second yellow card for a challenge on Laurencin and was consequently shown a red one as well.