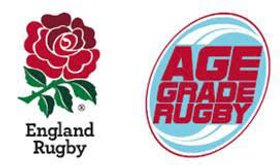 15.5.1 Subject to 15.7 a male and female player can play and train in adult contact rugby when they reach their seventeenth birthday provided the following conditions are met:

(a) the player does not train or play in the front row of the contested scrum. Once a player has reached the age of 18, the player may play in any position; (b) the RFU Safeguarding Policy and RFU Regulation 21 are complied with; (c) the Club has an appointed Safeguarding Officer and is approved by its Constituent Body to play 17 year olds in adult rugby for the season by completing the Playing Adult Rugby – Club Approval Form and process; (d) the player has been assessed, as capable of playing with adults and the assessment has been countersigned and approved by the Constituent Body to play adult rugby until their 18th birthday by completing the Playing Adult Rugby – Player Approval Form and process; (e) approval is required as follows:

(f) Subject to 15.7, no player in the U18 age grade or below is permitted to play in the following competitions:

unless, in exceptional circumstances for Premiership Rugby Club Players, approved by the Club, the RFU and PRL.

15.5.2 Players of all ages and both sexes may train and play together in noncompetitive, non-contact rugby provided the following conditions are met:

(a) Regulation 15.8 is applied; (b) the organiser and/or coach has assessed the session and/or match to be safe for all players; and (c) under no circumstances is any element of contact rugby permitted and the training session and/or match should be conducted in accordance with the best practice principles set out in the Code.