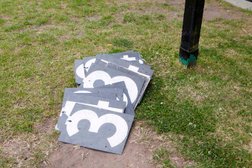 Chasing is an Art - Match Report by Darren Persaud

Senokot Moment of the competition: most runs in an over conceded from roop - 20 (2/36) vs scrubbadonians - Louis Lynch

This year the tournament grew to 4 teams, an absolutely amazing feat and massive credit to all those involved in making this happen. It was a welcome to West London Limers and a welcome back to returning champions Priory Park Cricket Club, Old Scrubbadonians CC and BBC Mishits CC (Glaxo rebels!).

We managed to raise £1361 in the end. Unfortunately, the person at Barclays didn't come through and so they didn't match our total. Nonetheless, a brilliant effort for all involved, including donations from those that didn't play! A massive thank you to you all too for your support! Rob, Bob, Vasa, John Blake to name a few.

One of things that gave me the most joy playing cricket was playing with a mix of people from different walks of life, nationalities, ages, etc. so seeing pretty much most of the continents across the world represented was amazing! Even how far some had travelled to play in the competition, from the south (albeit south London!) to the north (Yorkshire) was remarkable.

Before I go on to the cricket, a massive thanks to my mum, mother in law (how many can say that!) and my wife for producing a tea fit for royalty. A huge thank you to Burnham Cricket Club for providing their top class facilities free of charge, again and my Dad for arranging this. It's a fantastic venue and an interesting drive to get there. Also to the 4 captains for getting full squads together, including remarkably having 2 spares! To John Blake for umpiring and Steve for proving scoring is an art!

Just a reminder as to why this competition took place. I injured my neck and spine a year ago playing cricket, I won't bore anyone with the story again! I received amazing treatment at Stoke Mandeville so wanted to raise money for the spinal injuries association, hence this competition.

What a contrast to a year ago! The sun was out and I no longer had a walking aid. Happy days. It was blisteringly hot. Stokes and Raminder headed for the shade!

The first game saw last years winners, PPCC take on WLL CC. Limers won the toss and elected to bowl. An awesome opening bowling spell saw early wickets fall. However, a crucial middle order stand between the master blaster Sukul and cultured Jameel steadied the ship. Ritesh's fine spell of 3 overs 4 for 13 was a high point. Also, the wiley change of pace from Anish was impressive. The fielding was also top notch, as was the catching in general. What wasn't so impressive was the number of wides bowled. Given they counted for 3 runs per wide and the majority saw the batsmen gain more runs by running too. Unfortunately the scoring didn't capture it, but I'm assuming wides top scored! I should say Hitesh also took 2 wickets. Limers reached a respectable total of 136 for 7 in their 15 overs. The standard of cricket was good.

A quick turnaround saw hambo and Robert croft, sorry, Ritesh open the batting. Another great spell of bowling, this time from Usman (3-11), saw the openers go cheaply. Gaurav in at 4 also went cheaply to Limers 'captain', roop. Enter PPCCs captain, Sandeep and the wall, vijay. I was interested to see what veeej would do to adapt his game. Amazingly, he scored more boundaries then Sandeep! They both rebuilt the innings and got PPCC back into the match. However, a well thought out spell of slow, turning bowling from M Jameel, stemmed the runs and saw 2 more wickets fall. Once Vj and Sandeep departed only Hitesh kept the score going and finished on 20 whilst everyone else came and went quickly. Anish showed a cameo with the bat hitting 2 fours! Ppcc finished on 92-8 in their 15 overs. Limers had won by 44 runs, to see them progress to the finals, a very good win over the reigning champs. MOM has to go to M Jameel for his 30 plus runs and 2 wickets at an average of 7.5! Honourable mention to Hitesh of PPCC for 20 runs and 2 wickets.