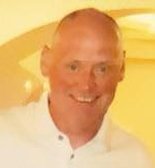 No Short cuts at Rainworth - By Max Barton

Short has many years’ experience in football, including a successful stint as Teversal manager three seasons ago. He will link up with both Craig Weston and Richard Smith to form Rainworth’s management trio for the upcoming 2019/20 EMCL season.
The new Wrens coach was delighted to work with two of his ex-pals again. He said: “I’m really pleased to have joined the club. When the phone rang, I jumped at the chance to be honest as I have so much respect for these two, they are two great friends”
Short was pleased by the response from players so far during pre-season training. He said: “Its been going really well here, the lads get fitter and stronger with every training session and their attitude has been great.
“The respect I’ve gained from the lads straight away means a lot to me and I think with all of us in this together we can go strongly this season and aim for that top six or seven.”
Fellow member of the club’s management team Richard Smith spoke highly of Short. He said: “We are really pleased to have Dean here. He was one of the first people we thought of when we first came in.
“He gives us something different and as a trio it allows us to bounce off each other and come up with some great ideas.”
Smith hopes that another pair of eyes will allow the management team to further improve the squad. He said: “Shorty is a top bloke but also a fantastic football man whose pedigree as a player, manager and person is hugely respected by myself and Craig.
“He’s already made an impact on the squad and the environment at the moment is one you’d just love to be around as a player.
“Dean isn’t just another yes man; he will say to us that we are doing are something wrong and how we can make those solutions to help the group.”
Share via
FacebookTwitter
https://www.pitchero.com/clubs
Recent news