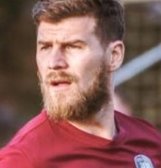 Becoming Hard to Beat after Mitchell's Brace - By Max Barton

A goal in each half by Craig Mitchell saw the Wrens record their sixth victory of the season after nine games played.
Having troubled Rainworth for most of the match, Ryan Smith scored Clifton's only goal of the game in the 61st minute.
The home side began the game on the strong foot seeing the majority of possession with Khyle Sargent pulling the strings early on. Rainworth came close to taking an early lead in the 7th minute as Sargent played Owen Clarke through on goal however the linesman's flag was raised for a tight offside call.
The Wrens took the lead in the 14th min as they turned possession into substance by winning a penalty. Clifton's Sam Leggitt fouled Craig Mitchell from behind on the edge of the box before Mitchell stepped up to convert from 12 yards by smashing the ball down the middle of the goal.
Ten minutes later Rainworth came close to finding a second as a cross whipped across goal from the right found Ryan Ingram at the far post. Unfortunately for the forward he could only steer his volley wide of the left post. Four minutes later another chance presented itself to the Wrens as a long-range strike from Joe Naylor was dragged narrowly wide of the bottom right corner.
Clifton should have punished Rainworth for their missed chances in 29th minute as Matt Timms played Ryan Smith through on goal. One on one with the goalkeeper, Smith sent his shot wide of the left post to let the Wrens off the hook.
Clifton's presence in the game began to grow as half time neared with Smith again coming close to scoring. A well worked chance saw Chad Timson whip an excellent ball across the face of goal however Smith, sliding in at the back post, was unable to make a connection.
On the stroke of half time Rainworth came agonisingly close to doubling their lead. A right sided cross from Mitchell was met by debutant Tyreece Robinson who steered his header onto the inside of the post before the ball was mopped up by the Clifton defence to clear the danger.
The second half started evenly with Ryan Ingram having a good chance early on, however Clifton keeper Danny James made a strong save at his near post.
Clifton found an equaliser in the 61st minute through Ryan Smith. A ball from the right settled nicely for Smith on the edge of the box who struck powerfully first time into the bottom left corner.
Four minutes later Clifton missed a huge chance to take the lead. Leggitt played a dangerous chipped pass over the Wrens defence to play Daryl Thomas through on goal. Fortunately for the hosts, Warren Squires came off his line well to make the one on one save.
Squires’ save would increase in importance a minute later as Rainworth again took the lead through Craig Mitchell. A lofted through ball from Ingram found Mitchell on the break, who slid his shot underneath the onrushing keeper as the ball trickled into the back of the net.
Rainworth came close to finding a third in the 72nd minute as they squandered two big chances. A cross from Clarke found Mitchell inside the box who took the ball down before Craig Meakin made a crucial block for Clifton. Seconds later Clarke played another enticing ball into the box, finding Elliot Jones with a dink to the far post. Jones's diving header from close range was powerful but over the crossbar.
Clifton almost found an equaliser late on as Kyle Stovell's shot was cleared off the line by Joe Naylor in the 88th minute. However, Rainworth were able to see out the final minutes to secure their sixth win of the season.
Rainworth: Squires, Wootton, Jones, Robinson, Kyle Hempshall, Kane Hempshall, Sargent, Naylor, Ingram, Mitchell, Clarke
Subs: Fisher, Topliss, Bamford, Titley, Coupe
Share via
FacebookTwitter
https://www.pitchero.com/clubs
Recent news