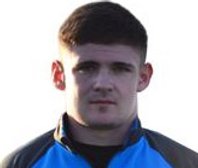 Local derbies have a habit of being high on adrenaline, whilst never reaching classic levels and this was no exception.

In fairness today’s game between Clipstone and Rainworth MWFC was spoilt by the windy conditions and a season interrupted by Covid19 lockdowns. The game ended in a 2-2 draw with both sides hoping to improve when they meet again next Saturday at Kirklington Road.
Clipstone took advantage of the wind in the first half and a high punt into the Rainworth penalty area in the opening minutes need Eliot Jones to defuse the situation. The game than meandered for the next fifteen minutes, with both sides wasteful.

Rainworth were the first to pressure the goal as Ryan Ingram’s well hit cross was well gathered by the keeper and a minute later Kane Hempshall’s effort from the edge of the area was always going over.

Ingram continued to be a thorn in Clipstone’s side and in the 26th minute he had the keeper at full stretch to keep out his long-range effort. Two minutes later his free kick from almost the same spot fared better as it beat the keeper’s despairing dive and found the back of the net.
Rainworth continued to push for a second and Jones, 35yard effort beat the keeper but flashed just the wrong side of the upright. Minutes later Ingram’s effort was blocked by the keeper.

In the final minute Clipstone created their first chance but the dangerous cross evaded everyone and was cleared, shortly afterwards the referee blew for half-time. In a half spoilt by the elements Rainworth had been good value for their lead and had they shown better finishing would probably have led by more.

The opening minutes of the second half saw Rainworth struggle, over hitting passes and they were lethargic. In contrast Clipstone came out determined to put their poor first-half behind them and they started on the front foot.
Rainworth should probably have increased their lead in the 58th minute but Craig Mitchell’s effort went over from 8yards when well placed and Joe Naylor’s long-range effort sailed over the bar.

They were made to rue their wasteful finishing when Clipstone’s persistence resulted in an equaliser in the 64th minute by Declan Sorrell. The lesson wasn’t learned, and a piece of lax defending resulted in a free kick on the edge of the area. Charlie Dawes effort was only pushed out by Warren Squires and Jack Warwick was the first to react, to put Clipstone ahead.

Rainworth brought on Julian Topliss for Owen Clarke and at last they started to improve when in the 77th minute Ingram outpaced the defence, giving the keeper no chance for the equaliser.

The away side once again took control and Ingram’s shot found the side netting, whilst Naylor’s effort rolled agonisingly across the goalmouth with no one able to add the finishing touch.

With minutes remaining Kurtis Bamford replaced Naylor and well into stoppage time Mitchell’s point-blank header was palmed out by the keeper, to deny Rainworth all three points. Both sides will have contrasting thoughts on who should have won, with both hoping for a big improvement for next week’s return fixture.