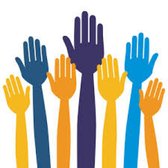 The AGM of Ratoath RFC, and an Information Evening, will take place at 8pm on Thursday 17th September in Ratoath Community Centre (limited in-person attendance allowance) and virtually by MS Teams (meeting link is here).

AGM
The AGM meeting is open to senior members in good standing, and parents of youth / mini members.
The agenda is as follows:
1. President’s Report
2. Treasurer’s Report
3. Director of Rugby’s Report
4. Executive Committee Matters Arising
5. Matters Arising by Written Request
6. Election of Officers and Committee
7. Motions to vote on:

The Club President, Secretary, Treasurer, Director of Rugby and Members of the Executive Committee will be elected at the AGM. All nominations of candidates for election must be in writing and sent to the Hon. Sec. (matt.x.oconnell@gmail.com) no later than Monday 14th September.

Share via
FacebookTwitter
https://www.pitchero.com/clubs
Recent news
This is a past event
3 members attending