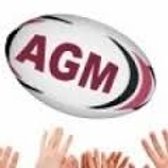 The AGM of Ratoath RFC, and an Information Evening, will take place at 8pm on Thursday 6th June in Ratoath Community Centre.

AGM
The AGM meeting is open to senior members in good standing, and parents of youth / mini members.

The Club President, Secretary, Treasurer, Director of Rugby and Members of the Executive Committee will be elected at the AGM. All nominations of candidates for election must be in writing and sent to the Hon. Sec. (conor.kiely@gmail.com) no later than Monday 3rd June.

Any candidate for President must have served previously as President, Vice-President, Secretary, Treasurer, Director of Rugby or Child Welfare Officer within the last five years and have served as a member of the Executive Committee for at least two years. Each candidate must be nominated by a member of the Executive Committee and have the written support of ten other Club members.

Any candidate for Secretary, Treasurer or Director of Rugby must be nominated by a member of the Executive Committee and have the written support of six other Club members.

Any motions sought to be brought before the AGM must be signed by at least fifteen members and must be received by the Hon. Sec. no later than Monday 3rd June.

All persons seeking election, their nominators and supporters or persons signing motions must be members in good standing, be over eighteen years of age and have been members of the Club for at least six months.

There will be an EGM on the evening of the AGM to vote on an amendment to the club constitution to increase the term length for the presidency from the current 2 years.