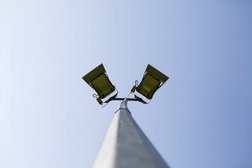 Second game of the season, second bonus-point win!
Having now played both newcomers to Surrey 4, we couldn't really have started any better. Played 2, Won 2, Bonus points 2.
After beating an energetic Old Hamptonians side in our first away game of the season (45-35) we lined up for another away fixture at Surrey University, in Guildford. A similar opposition in their fitness levels, youth and ability, the game see-sawed from the 3rd minute until the 80th minute. Tries from Dan V, Riki, Andy W, Dan N and skipper Joe T (plus a couple of pens thrown in) saw Raynes Park come from 8 points down late on the second half, to convert a penalty and then a pushover try with 90 seconds to go to tie the score; and then a touchline conversion to take us 2 points ahead, 35-33, with 30 seconds on the clock. Receiving the kick-off and trundling up the middle of the pitch for those 30 seconds saw a well-deserved win come against a relentless team with a relentless crowd - who, to be fair, spurred our guys on with their constant barracking and taunting! Cheers guys.
Next up, co-leaders Croydon!
Bring it on!
Share via
FacebookTwitter
https://www.pitchero.com/clubs
Recent news