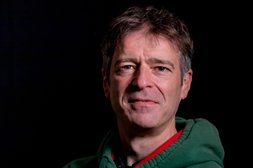 Volunteer of the Month

Ian Jenner Volunteer of the Month

Ian took on the role of Head Coach of the Under 6s in 2015. Under his guidance, this age group has grown and developed, and has welcomed new players over the years.

Impressively, there are a number from that original 2015 Under 6s that are still playing for the club, in the current U12 and 13 Boys and the U12 and U14 Girls.

Ian’s dedication to supporting the team and the players has not waivered over the years. When in 2019 he found that, not being a former player, the coaching required was getting too technical, Ian transferred over to the role of Team Manager.

Now as Team Manager of the Under 13s, he organises fixtures and works hard to get new volunteers to augment the coaching team. Ian is a highly valued member of the Youth leaders team.