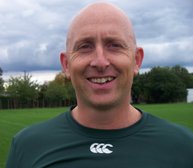 Despite losing their 100% record, the Rhinos head into the Christmas break undefeated following their 12-12 draw with Old Merchant Taylors’ Vets.

Mark Lilley’s side had to come from behind to maintain their record, thanks to tries from scrum-half Toby Jessop and full-back Nick Brooks.

Still without the services of last year’s skipper Mark Richards, and also already missing second row Marcus Dowse (concussion), prop Shaun Collins and No.8 Julian Edwards (both family commitments), they were then hit with the late withdrawals of second rows Jim Morton and Colin Sharp (bruised leg and “under the” thumb respectively) and prop Douglas Grierson (torn bicep).

The trip to Northwood and the crowded roads around the school based site, caused more than a few issues for the travelling squad, and they were then forced to wait until a school fixture had finished before match could commence.

By halfway through the first period, the visitors found themselves twelve points down following two tries in eight minutes, both coming down an exposed left hand channel.

They did get themselves back in the game five minutes before the break. A great tackle on halfway by Brooks was the catalyst; then the vision of Jessop who spotted the smallest of gaps on the side of the ruck, which allowed him sprint away up the field untouched to dot down between the posts. Justin Wheeler’s conversion brought them to within five points as half-time beckoned.

The scrum was causing concern with a number of infringements being picked up by referee Chris Rodwell. On the flip side the home team were continually penalise in the contact area, which on many occasions allowed the Rhinos to repel their push for a third try.

Instead it was the visitors who made the breakthrough with ten minutes remaining. Replacement Phil White collected a pass and, spotting a huge gap behind the OMT backline, kicked through. Full back Brooks chased the kick and his blistering pace saw him beat the covering defence to gather and score in the left hand corner.

Wheeler then had the chance to give his side the lead, however although the direction was spot on the kick just fell short of the target. Both sides had chances to snatch victory, skipper Lilley sadly losing possession with the line just a few yards away. Whilst a late yellow card ended the OMT efforts, as both sides had to settle for a share of the spoils.

The seasonal festivities get under way next Friday with their annual Christmas Party, starting in the Hope Tap for breakfast (09:00) before heading to the Butler in Chatham Street (midday). The wives & partners are having lunch in the Three Guineas before joining the boys – ladies please contact Sharon Fleming to book a place.