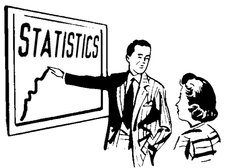 After lasts weeks long essay, a much briefer and happier set of numbers!

Firstly congratulations to the Redbridge & Ilford Mens 3rd XI who as of this week have secured promotion from Division 8SE to 7SE following last years relegation. The team have gelled youth and experience to create a winning formula. Hopefully the victories will continue and the League championship can be secured.

In other statistics based news we have a new top scorer, Shuhel Ahmed takes over the top spot with 17 following a second successive hat trick in an "entertaining" (i.e terrible defending) match against Upminster. The same entertainment completely screwed Phils stats and he's now dropped back behind Prit. He's definitely not bitter that Saq has only played 2 games in goal and has 2 clean sheets.

Next week a few teams have a week off and by then most of the clubs slip games will have sorted themselves out so the appearances table might start to make some kind of sense.