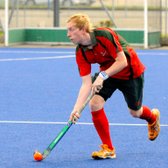 The game started it was a open affair with both teams creating good chances. Charlie made some good saves, until my backside got in the way, gifting Thurrock a cheap goal to take the lead. 1-0 Thurrock.

Redbridge pressed with some good team play, quick passing from the back to the front created a chance for Marc Tovell, which he slotted into the bottom corner. 1-1 going into half time.

The second half was much the same as the first. Both teams creating chances. No team really looking like they would take the lead until a Redbridge defender was caught out of position on a Thurrock counter attack, paving the way for Thurrock to score the all important goal. 2-1 to Thurrock.

Andy should of got a goal to celebrate his birthday in style, but he was already thinking about his birthday cake.

Next Game: Wapping 4s at RSC, Saturday 24th at 1pm