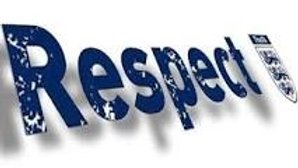 Football is a game, which should be played in a spirit of friendship. The game should also be enjoyed by players, match officials and spectators alike.

The Club expects fair play at all times.
Shake hands with match officials and opponents after the game (whatever the result).
Do not become involved in disputes with officials, opponents or spectators.
Do not use foul or abusive language towards officials, opponents or supporters.
Let the referee handle incidents in the game. Do not retaliate against opponents.
Do not applaud sending-off or the errors of opponents.
Treat the changing rooms and facilities of all Clubs you visit with respect
Teamwork effort and enjoyment are important as winning. Learn to win and loose with dignity.
Remember you are representing your Club. Be sensible and enjoy yourself.

Officials, particularly managers, have a crucial role to play in the game
Encourage your players to play in the correct spirit.
Do not abuse your own players or those of the other team.
Handle any unruly behavior among your spectators before it gets out of hand.
Do not use foul or abusive language to match officials, players or spectators.
Under no circumstances, enter the field of play during the course of a match unless
expressly requested to do so by the referee.
Referees, and parents and spectators who are officiating as referees and assistant referees have the full authority of the FA. It is the responsibility of Club officials to ensure they are treated with respect.

Your actions influence the mood of the players and the game.
Stand behind the barrier or away from the touchline.
Do not abuse match officials, however much you disagree with their decision.
Encourage all players and applaud their efforts.
Do not ridicule opponents for their mistakes.
Do not applaud foul play, and do not incite your players to foul.
Do not use foul or abusive language to players or other spectators.
You must not enter the field of play during a game unless asked to do so by the referee.
Remember when you are supporting your team you are representing your Club..
You are subject to the laws of the game. You can be cautioned, reported, sent away from the ground, and suspended from attending any matches. Your team or Club can also be fined, suspended or expelled from the Competition.

THE RESPONSIBLE FOOTBALL COACH/MANAGER
CODE OF CONDUCT FOR FOOTBALL

RACISM
Redhill FC strongly support recent FA statement that there should be a zero tolerance approach against racism and all forms of discrimination. Accordingly any form of discriminatory abuse whether it be based on race or ethnicity, sexual orientation, gender, faith, age, ability or any other form of abuse will be reported to The Football Association for action by that Association.”
EQUALITY
Redhill FC. Will always ensure that everyone has a chance to be involved in football, regardless of ability, race, religion, gender, sexual orientation or disability. We are about encouraging and increasing the involvement of groups at all levels of football by recognising that inequalities exist and taking steps to address them.