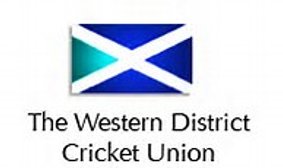 first eleven captain Ryan Murray, started his tenure in charge with a narrow win
It was a day of mixed fortunes for the respective Renfrew eleven's in their WDCU fixtures on Saturday.
At King George V Playing Fields, first eleven captain Ryan Murray, started his tenure in charge with a narrow win against Stenhousemuir.
The home side batted first and could only muster a total of 158 all out from 45.4 overs.
In reply, Stenhousemuir, inspired by their ever reliable South African professional, Rushdie Jappie, who contributed 59, looked to be heading for maximum points.
The Royal Burgh side had other ideas, and rallied to dismiss their opponents for 151 in 46.2 overs, to take the spoils by seven runs.
Afterwards, Ryan Murray commented, "It was a bit of a nail biter near the end, but we finally got the win."
Meanwhile at Hamilton Crescent, in Glasgow's west end, there was to be no such repeat for the Renfrew second eleven, as they were soundly beaten by their hosts, Partick.
Batting first, the visitors from Dean Park could only post a meagre total of 88 for 9 in 25.3 overs.
In reply, the home side cruised to their target with relative ease, despite losing two wickets in the process, and secured victory by eight wickets on reaching 90 for 2 in 12.5 overs.
The next round of league fixtures sees the Renfrew first eleven in action against Glasgow Accies at New Anniesland, while the second eleven will hope to bounce back from this disappointing result when they entertain Prestwick's second eleven, St. Ninians, at Renfrew.
Share via
FacebookTwitter
https://www.pitchero.com/clubs
Recent news