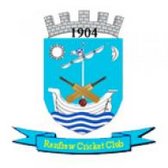 The programme will run for a total of four weeks....

Renfrew CC are pleased to announce the start of the primary schools programme, with the schedule being finalised with the greatly appreciated support of the Active Schools Coordinator’s and the following Primary Schools:

The programme starts on Monday 19th of March and will run for a total of four weeks, spanning the two weeks before the Easter holidays and two weeks after the Easter holidays.
This will be followed up with after school clubs sessions, and culminating in a finals day for a Kwik cricket team from each school.
The delivery of this programme has been made possible by grant funding from the Renfrew Local Area Committee, with Renfrew Cricket Club being one of the DCI clubs also receiving valuable support from Sport Scotland, to grow their club within the community of Renfrew.
Renfrew Cricket Club is grateful for the support of both these organisations and is committed to contribute to the community of Renfrew.