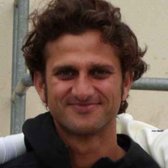 Ahmad brings with him a wealth of exprience....
Renfrew CC can confirm the successful applicant for the recent head coach vacancy is former professional and coach Ahmad Said.
There were a number of applicants all of which were from outside the UK.
Ahmad brings with him a wealth of experience both in Scotland with Renfrew and in his various coaching roles in Mardan ,Pakistan, his local region and with his Department WAPDA.
Ahmad will lead a team of dedicated club coaches in delivering the Primary and Secondary schools programme in Renfrew and actioning the club's Junior Development Plan.
Ahmad,who will also plan and undertake all Senior and Junior training sessions, is expected to start his post in early April.
Share via
FacebookTwitter
https://www.pitchero.com/clubs
Recent news