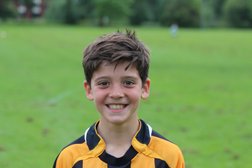 Goals from Ellis Walker (4), Ollie McDonnell (2), Mael LePaih and Freddie Stewart delivered the win but it was the overall performance of the team that made people take notice. Although going in at half time 1-0 up it could have been more not for 3 separate shots on goal hitting the post! For the second week, the opposition coaches were very complementary on how the Bees play their football - desire, speed, space, confidence and ability were all on show again which is fantastic.

It's unfair to pick out specific moments as all the players did very well but again it was the passing that pleased the coaches, especially under pressure. One move that involved Rhys Beaumont (in goal for the first time for the Bees) summed the confidence up.

The Effort Award went to Ollie McDonnell for his decision making, passing and finishing.

Another great and enjoyable performance from the boys!