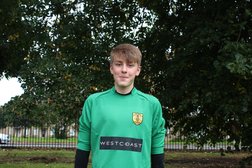 The Bees continued their great form and clearly enjoyed playing an away game against many of their school friends.

The boys scored very early on through a tidy move that ended with Ollie McDonnell running in to score. The second was the pick of the bunch, another nice exchange of passes lead to Ashley Field, finding space and then hitting high into the top corner with his shot. The Bees seemed to put the brakes on a bit which gave Henley the chance to get back into the game which they took, just before half time.

The second half started with the Bees much more at it, winning their battles and passing the ball well under pressure. The impressive Ellis Walker then got his goal following lots of hard work upfront alone. Louis Warmington then added another with a fine finish after yet another great team move. Ellis Walker rounded things off with 5 mins to go with a well taken far post volley.

The whole squad played their part, too many standout performances to mention but Rhys Beaumont gets a mention for his continued development. Now having the confidence to be more vocal to his defenders and looking to organise more.....brilliant!

AFC Henley play in the East Berks League and are unbeaten so this was a very good test for the Bees. The boys are playing with so much confidence and trust in each other which is great to see!