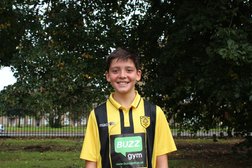 The Bees continued their march towards the Div 1 title by picking up all 3 points in a tough match v Twyford.

With a strong squad, the Bees kicked off the match focussed on keeping their impressive run going. The boys who started knew they had to play well as the quality of the bench demanded it.

With only seconds gone, the impressive Bill Bowley was carried off with a knee injury so a reshuffle was needed. Ollie McDonnell settled any possible nerves with a well taken goal after 5 mins, following good skill by Louis Warmington. There was an expectation of more goals but Twyford dug in and also caused problems on the break but found Charlie Partlow and Arnar Davenport in their way! Despite some great passing by Ashley Field and good efforts by Ollie McDonnell, Bailey Stowell and Louis Warmington, the score remained 1-0 and half time gave the coaches a chance to rearrange again.

With only 5 minutes gone in the second half, the Bees got their second goal from a Joe Biggin corner - Ollie McDonnell prodding home in a crowded box. The score remained 2-0 and although the Bees had chances to extend that lead, keeper Rhys Beaumont was still needed to marshall his defence and stop 1v1 breaks.

All in all a good solid performance against a decent Twyford team who are improving. Stand out performances this week came from Arnar Davenport, Charlie Partlow, Ashley Field, Rhys Beaumont and Joe Biggin (first game back in the Bees). The Effort Award went to Ollie McDonnell, who was asked to play alone up front, worked hard holding the ball up and feeding overlapping players but also grabbing 2 important goals.

Well done to the Bees!