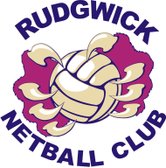 Rudgwick Netball Club is proud to be recognised by England Netball as a Silver CAPS club.

Rudgwick Netball Club is proud to be recognised by England Netball as a Silver CAPS club. We are a friendly group, based in the village of Rudgwick, between Horsham and Cranleigh and provide coaching and competitive opportunities for girls and ladies from Year 3 upwards. We are lucky enough to enjoy the use of Pennthorpe School who offer excellent training facilities.
We train on weekday evenings and compete in leagues at Crawley, Guildford and Worthing as well as tournaments. We train and play all year round.
As a popular club with a limited amount of space, we currently run waiting lists at all age groups, but we are always looking to recruit talented players or those who are keen to come back to netball so if you are looking for somewhere to play please do get in touch with us via email at: rudgwicknetball@gmail.com

HISTORY
Rudgwick Netball Club started as a ladies club, founded by a group of local mums who wanted to get back to netball. We played in local village tournaments but soon decided we wanted more regular competition and entered one and then two teams into the Crawley League.
At around the same time, it became clear that there was a lack of netballing opportunities for girls in the area and so the club expanded to run training sessions for school age girls. We started with seven girls on an outside court but within two years we were training over 100!
The adult and junior club continue to be closely linked, providing a playing pathway for those who wish to continue playing.
The Club was awarded both Bronze and more recently Silver CAPS by England Netball in recognition of its excellent provision for players of all ages.