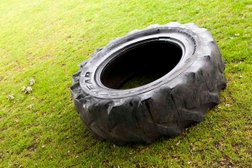 Rugby Welsh 14 Coalville 7
After 18 months of inactivity due to the pandemic it was fantastic to see so many familiar faces for the first time both and off the pitch, with a good sized crowd seeing Welsh secure victory in a hard fought contest.
Coalville kindly travelled across at short notice and it was a credit to both sides that the match was played in a committed fashion throughout. In the opening stages both sides were penalised as new rules at the breakdown were correctly administered by the referee. Welsh nearly opened the scoring when Adam Callard’s powerful run was stopped close to the line by a last ditch tackle by the opposition full back. Jack Taylor was a constant threat with his jinking runs with the forwards working hard to secure possession at the set pieces. Following a period of pressure Welsh took the lead when following a series of forward drives close to the posts lead to a Coalville player preventing a score with a penalty try being awarded.
Coalville had a period of pressure before half time but the Welsh defence was strong, preventing any scores. At the start of the second half Welsh engineered a fantastic try, when from first phase possession from a lineout, centre George Lowe made a lovely break in midfield and whilst stopped by a great tackle close to the line he popped the try scoring pass to Matt Cockman with Angus Wilson adding the extra points.
To Coalville’s credit they did not drop their heads with their well drilled pack, particularly at the lineout and lively scrum half looking to create opportunities. Adam Bond was his usual dynamic self at the heart of defence with Ricky Rees using his experience to nullify the opposition attacking threat. Eventually after a Welsh sinbinning a quickly taken penalty saw the Coalville fullback race away and score a try under the posts which was converted. In the final stages despite the lack of match activity and hot conditions both sides were still highly committed with defences on top. Coalville became frustrated when they gave away penalties in attacking positions, enabling Welsh to clear their lines. Despite late pressure strong home defence gave Welsh a pleasing victory.
This Saturday Welsh are due to travel to Wednesbury with both the 1st xv and the newly established Barbarians side, playing friendly fixtures.
Share via
FacebookTwitter
https://www.pitchero.com/clubs
Recent news