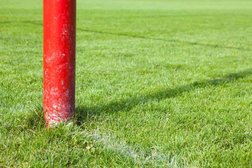 Rugby Welsh 33 Bedworth 14
Welsh maintained their unbeaten league record with another impressive victory over a committed Bedworth side. The side have plenty of confidence at the moment and they immediately took the game to their opponents with James Doran winning plenty of lineout possession and Adam Murgatroyd making powerful bursts from No8.
Welsh were soon ahead when from a rolling maul James Doran crashed over for the first try. Adam Frost kicked well out of hand as usual to put Welsh in attacking opportunities with James McGill and Jack Taylor looking dangerous with the ball in hand. A superb break from McGill gave the opportunity for Angus Wilson to race in to the corner for a well taken try, converted by Frost.
The Welsh scrummage was solid giving the platform for scrum half Matty Cockman to attack the opposition defence. He caught the opposition napping on the half hour mark when he took a quick penalty close to the line and crashed over for a try, again converted by Frost to give Welsh a 19-0 half time lead.
The second half began in similar vein with Welsh playing an attractive brand of Rugby which the supporters enjoyed watching. They clinched their bonus point when Matty Cockman broke through from a ruck on the opposition 25 metre line to score his second try. Shortly afterwards he completed his deserved hat trick when following another period of good Welsh play he spotted a gap from a ruck situation to crash over for a try , both of which were converted by Frost.
To Bedworth’s credit they did not let their heads drop and they defended well throughout. From a Welsh attack their winger intercepted a pass inside his own 25 and raced away to score a converted try. Welsh lost a little of their momentum as the game reached its later stages and Bedworth scored a second converted try through their forwards late in the game.
Welsh can once again be pleased with their efforts and are playing an excellent brand of rugby. Their next game is away at Birmingham / Solihull on the 26th November in a crucial top of the table clash.
Share via
FacebookTwitter
https://www.pitchero.com/clubs
Recent news