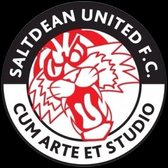 Moving Forward! Read about the progression the Tigers are making off-field ahead of the 19/20 Campaign

That's certainly been the case for Saltdean United over the close season!

Another progressive season at the club has lead to further off-field progression with the 19/20 season on the horizon.

Here are all the latest goings on at the club -

Firstly, the club is delighted to announce that Tom Betts has been appointed as first team manager for the 19/20 campaign.

Emily Wardill has joined the staff as our physiotherapist and Adam Harris has been appointed as our Football Development Officer.

Finally, Luke Dennis has joined our matchday media team. Luke will be providing online matchday programmes and oversees both the Men's & Ladies teams.

The club is also delighted to welcome the sponsorship of Koly Scaffolding, who will be sponsoring our Filming Tower.

With our friends at Southern Ground Care, a lot of work is going on to improve the playing surface & drainage system. We are also investing in major improvements to our changing rooms, our physio room, our management office, our clubhouse, toilets and our stands!

Back on to the field now and we have lined up a series of competitive friendlies as the club looks to improve once again in the new campaign, here are all the important dates :-