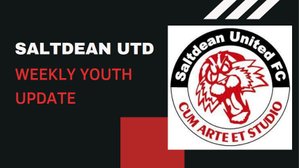 YOUTH - Weekly Round Up

Sadly several youth games were called off on Sunday due to pitches being unplayable due to the weather.

Under 9’s – Moved their game against Peavehaven Stripes to the 3g pitch at Stanley Deason. The Tigers put in a brilliant performance in both games, playing very well and showing a great attitude. Thanks to Tigers Dad’s Kev Pope and Dale Izzard for standing in on coaching and match duties at the weekend.

Under 10’s – A friendly game against Patcham FC in the Oval Park. Another interesting game on an equally interesting pitch. Lots of goals and some great football played by both teams.