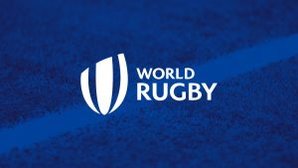 The following global law trials apply to competitions beginning on or after 1st August 2021. This includes age group rugby at U15’s and higher.

Primary intention
To encourage variety in attacking play close to the goal line and to increase ball in play time by replacing a scrum with a kick that must be taken without delay. An opportunity for counter attack is also created.

Flying wedge
The trial
To sanction the three-person pre-bound mini-scrum by redefining the flying wedge.

Primary intention
To reduce number of events where the ball carrier and multiple support players are in contact (latched) prior to contact, and to protect the tackler who can be faced with the combined force of three opposing players.

1-player pre-latched
The trial
To recognise the potential for 1-player pre-latching prior to contact, but this player must observe all of the requirements for a first arriving player, particularly the need to stay on their feet.

Primary intention
To be more consistent in the management of the 1-person pre-latched player.

Cleanout and the safety of the jackler
The trial
To introduce a sanction for clean outs which target or drop weight onto the lower limbs.

Primary intention
To reduce injury risk to the player being cleaned out.