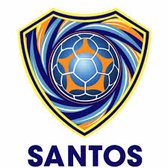 U15s Victorious In Frist Round Of Cup

Jubb and Farthing score their first Santos goals to over neighbours. Report by Richard Toms.

Will Garner continued his good goalscoring form with a neat right-foot finish for the opener and he almost doubled his tally when a similar effort hit the base of the post.

Connah Brown got on the end of two corners but he couldn’t get enough purchase on his headers, while further opportunities came and went for both Garner and Hayden Wood.

The Cobras made Santos pay for those missed chances and got back on level terms when they were quicker to pounce on the loose ball after goalkeeper Samuel Hollis parried a direct free-kick.

However, the hosts went into the interval 2-1 up after Liam Wiezniak won possession as the visitors tried to play out from the back, and he tidily slotted home with his left foot.

With the outstanding Jubb helping to provide more security in defence, Hollis was rarely troubled in goal but the Cobras somehow found an equaliser when a low cross evaded everyone and found its way into the net.

But Santos restored their lead when Wiezniak floated a free-kick to the back post and Jubb rose highest to plant a header into the top corner.

Santos kept pushing and looked the more likelier to score but they were denied by a combination of wasteful finishing and good saves by the keeper.

Kritsana Champarath fizzed a shot past the post and Santos had to wait until late into the game to find a fourth. Joe Bamford won the ball in midfield and fed Wood, who dribbled into the box and fired a shot against the post, but it fell into the path of Charlie Farthing who gleefully controlled a first-time effort into the back of the net.