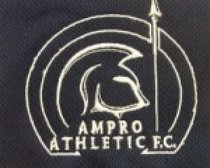 With the new season nearing Scarisbrick Hall step-up their preparations for the campaign as they host a pre-season friendly this weekend against Ampro Athletic FC at Altcar Road.

Last season while Scarisbrick Hall FC were gaining their second promotion in two seasons to see them into this seasons 1st Division. Ampro Athletic FC were struggling in the Premier Division, as they finished the season with a measly 4 points, and were relegated into this seasons 2nd Division.

Rumour has it that Ampro's team is much changed for the new campaign, with a partial merger with a side from the now disbanded Ormskirk & District League.

The game will provide the home side with a good marker for the season to test themselves against a fellow divisional rival.

Scarisbrick Hall are set to complete their pre-season preparations with a midweek friendly against AFC Marine on Wednesday 19th August 2015.