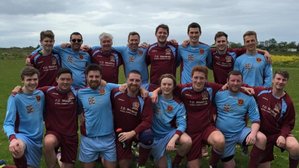 Tough start ahead for Scarisbrick Hall as they face Southport & Ainsdale Amateurs FC in the first round of the charity cup this weekend...

The first competitive game of the season is finally upon us as Scarisbrick Hall host Southport & District League Premier Division Champions Southport & Ainsdale Amateurs FC in the 1st Round of the Charity Cup.

The hosts have progressed through the divisions over the past two seasons after back to back promotions, but it will be a further step up against the Premier Division Champions who last year retained their title from the 2013/14 Season.

Last season Scarisbrick Hall faced the visitors Reserve Team in two different cup competitions with both sides coming away with a win a piece.

The winners of the tie will go on to face either Famous Freshfield FC or Dunes FC.