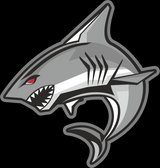 An exciting new role for the club

Shaw Cross Sharks are excited to announce the appointment of Jarrad Toulson as the club’s first Head of Youth. The objective of this new role is first off, to take charge of our under 18’s team, whilst also acting as a bridge between our junior and open age set-ups.

Jarrad brings with him lots of experience, having previously held coaching jobs at Cleckheaton RUFC, Dewsbury Celtic, Birkenshaw, Bradford Dudley Hill and most recently Huddersfield Giants. He said “I’m really privileged to be given the opportunity to coach an 18s side who have players with open age experience in the NCL this year and hopefully progress the players coming up from the 16s and push them to their limits, to achieve playing at the highest level possible for themselves. My mantra is: progress, passion and enjoyment.”

Wayne Stead, Shaw Cross Sharks Director of Coaching added “The club identified that we needed a consistent pathway from youth to open age to harness both the quality and depth of players we have at the club. This role with Jarrad's skill set will provide this and we're looking forward to see the rewards of this in years to come"

Jarrad continued “I’m really excited to be getting a chance to coach at such a big club, especially when the open age have just won promotion under the guidance of Paul March to NCL division 2. Paul will take them on to bigger and better things and hopefully working closely with him I’ll develop not only myself but the young players as well “

We are recruiting new players for our under 18’s for 2023 and have arranged a meeting for this coming Tuesday (27th) at 7.30pm at the club. Old and new players are welcome to join us.