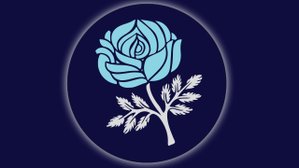 Sheffield RUFC will be hosting their annual returning colts game over the Christmas period. On the 28th of December at 2pm, 30 returning players will play in our annual game. Spectators will be allowed but COVID rules must be adhered to at all times including support bubbles and social distancing.

Below is a message to all Ex-Colts and Supporters from Director of Rugby, Simon Tomlinson.

Unfortunately due to having to keep numbers restricted at this years returning colts game on the 28th December, we will be limited to colts who played at the club in the last two full seasons. This is effectively Colin and Paul’s team & Dave and Paddy’s team.

We apologise to all other ex-colts who wanted to get involved but we already have over 30 returning players.

We will still be looking to arrange another returning colts fixture later in the season when hopefully the world is in a more normal place and we can properly welcome back all ex-colts to the club.

After discussions between the club and Abbeydale whilst taking heed of the latest RFU guidance, we are now allowing spectators to attend the returning colts game on Monday the 28th December. The game kicks off at 2.00pm and we would love people to come down and enjoy the game. There will be drink and food available for off sales only which cannot be consumed on the patio area but can be consumed pitchside watching the game. However, we must remind everyone of the need to remain in their own family or support bubble and to maintain social distancing at all times.

Have a great Christmas Day with your families and we look forward to seeing you on the 28th.